The Dungeon Crawlers – New features, content and even music!

A busy week for The Dungeon Crawlers development, where the core of it has  been determined and details previously still up in the air have been decided upon!

First off, composer @jazzind_  kindly volunteered to provide the music pieces The Dungeon Crawlers will be using! The minute I heard his work I knew it would match TDC’s vision! Thanks Jazzind! You can check out his work today through his twitter account  https://twitter.com/jazzind_ and through his bandcamp for this OST!

In the graphics department, tilesets have been planned out and sketched!

They are still being finalized, but for the most part no longer in the unknown spectrum! TDC will have 7 different areas, but map tiles for them will be kept simple to finish on time.

Gameplay flow has also been decided,  as well as the mechanics which will we be encountered when facing regular enemies and bosses.  With most of the programming planned for this game already done, now the focus will shift towards the graphic department and refining what is already implemented!

And speaking of combat, the graphic syle for monsters has also been decided! I opted to go for the same route  as the player character graphic, which will result in a more uniform look, fitting of its gameplay, and above all, in tune with the speed development premise and philosophy TDC follows.

Last for this post but not least, a look at the game’s prologue with @jazzind_d ‘s music already in! This game prologue will get illustration work to go with it in the complete release of the game, but is a nice window at the game’s narrative style and atmosphere!

In our next post we will take a better look at the tilesets, graphics and finalized NPC portraits! 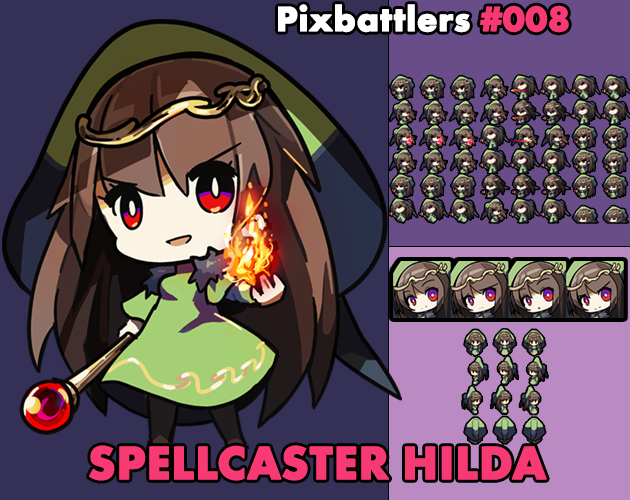